Cryptographic tokens running on DLT systems will soon form an integral part of various major economic sectors (financial markets, information and media, manufacturing and trade, etc.). As such they are going to provide utility and value in many different forms to business and society as a whole. Moreover, cryptographic tokens are also on the verge of representing a recognized institutional asset class. Yet, the current token markets still lack a tangible and holistic framework for the identification, classification and analysis of different token types, which leads to economic, technological as well as regulatory uncertainty and a lack of transparency for all players involved.

With the objective of addressing these shortcomings, the International Token Standardization Association (ITSA) aims at implementing comprehensive market standards for the global token economy including but not limited to the following three integral building blocks:

The association will provide ITC, ITIN and a limited access to the TOKENBASE free of charge for personal non-commercial use. Commercial or academic use require a license, which is granted as an integral part of the ITSA membership.

Acknowledging the market‘s need for more standardization in order to grow and mature, the International Token Standardization Association (ITSA) e.V. pursues the aim of developing and implementing holistic market standards for the identification (1), classification (2), and analysis (3) of DLT- and blockchain-based cryptographic tokens. Initiated in December 2018, it already builds upon the support of more than 100 reputable associated founding members, including major companies, startups, token issuers, investors, exchanges, universities, research institutes, consultancies, law or tax firms and large associations (s. Figure 1). Next to the German Investment Funds Association BVI also the Association of German Banks (Bundesverband deutscher Banken e.V., BdB) has joined ITSA as an associated founding member. Both organizations have just recently issued a public call for more standardization on global token markets in their latest press releases (Press Release of BdB / Press Release of Institutional Money regarding BVI— both in German language).

Catering to that call as well as to its own proclaimed objectives, ITSA is currently developing the following three standardization projects, which are already covering more than 1000 of the top cryptographic tokens and thus 99% of the current token ecosystem according to market capitalization: 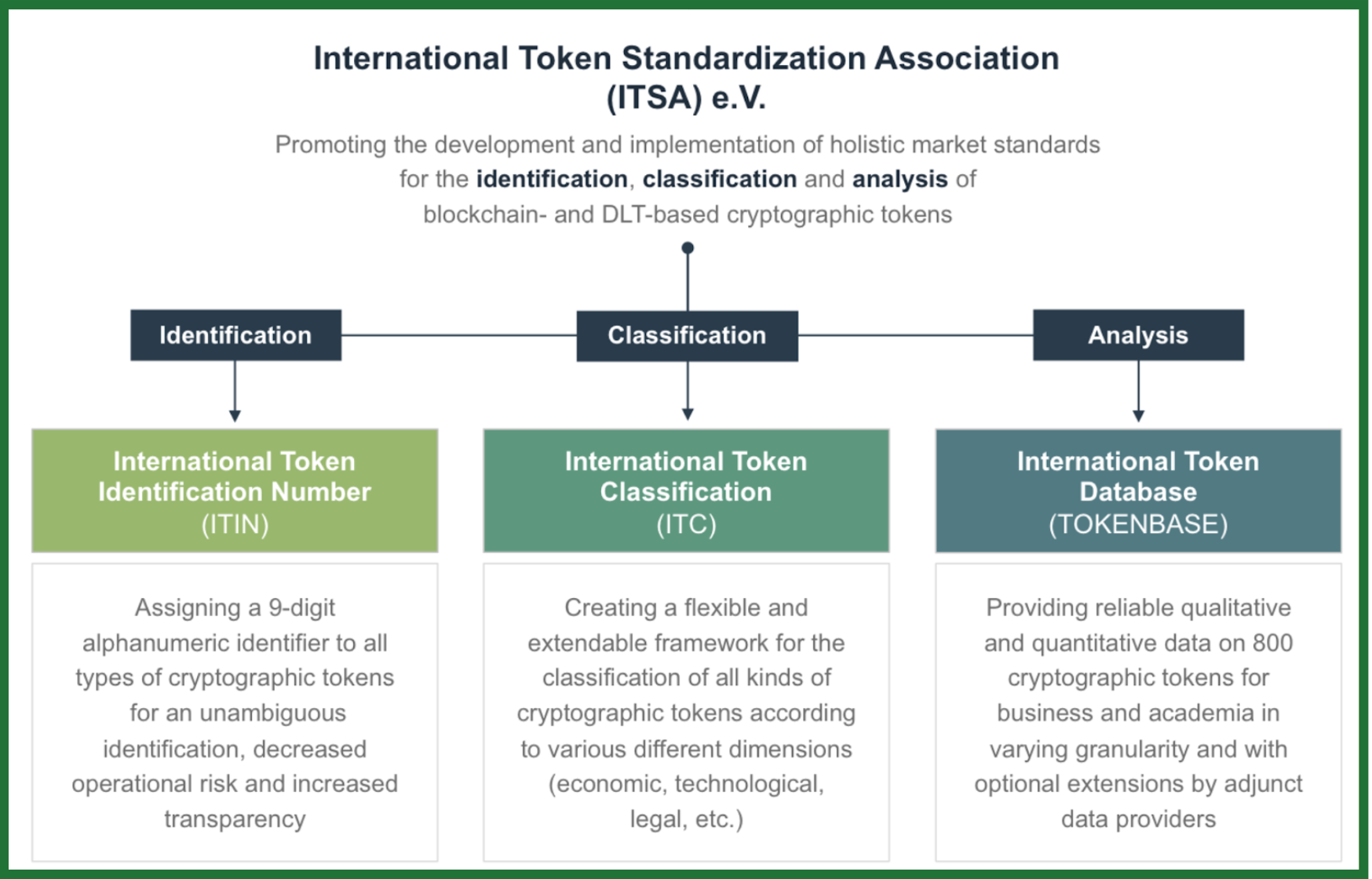